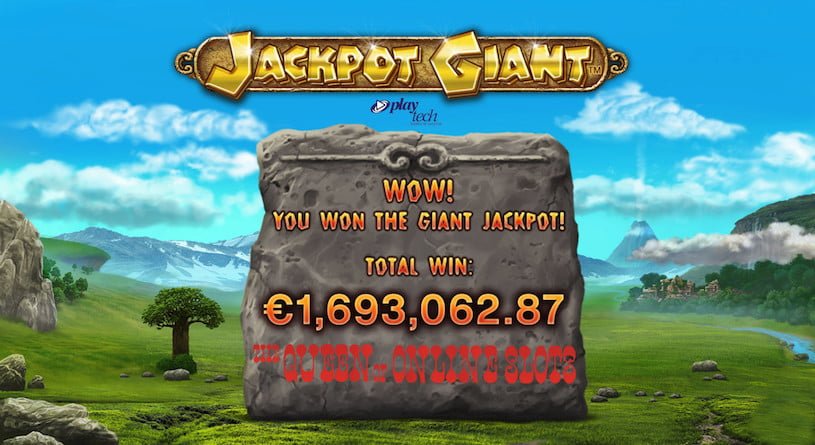 There was big news out of London today as Playtech announced that one of their flagship games had changed someone’s life forever by dishing out a massive progressive jackpot of €1,693,062. Everyone dreams of triggering a windfall when they’re playing slots for real money online but the size of this prize is hard to wrap your head around.

The immaculate spin occurred at Ladbrokes, which is known more for their brick and mortar betting shops around the United Kingdom than their gambling website. Of course, the person who just became an instant millionaire is surely going to be singing their praises all around town and coming back often to check in on the gentle giant.

There haven’t been any details released yet on the lucky player and no one is sure who they were or where they’re from. What we do know is that the machine that shot out the prize was Jackpot Giant Slots, one of Playtech’s 80 progressive titles that paid out a combined €188 million in 2018. It’s a mystical game with a huge Aztec giant who bangs on ancient volcanos to dish out cash prizes during the bonus round – oh, he’s also known for giving out a few million Euros as well.

The triggering spin was €4.50 meaning that the game paid out 376,236x the bet amount. Most will agree that this was a pretty good return on the investment.

If you’re now inspired and want to take a look at some slots with big cash prizes attached to them, go visit the Dream Jackpot Casino today and see what the current amounts are. They have more progressive machines than anyone else on the internet so that’s usually one of the best places to go. Good luck!