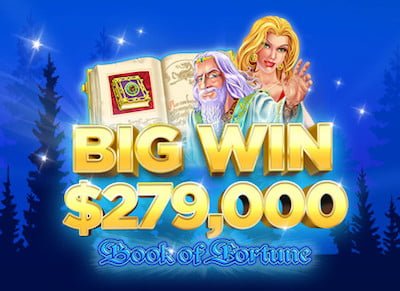 Now that we’re a few weeks into 2018 we’re starting to hear about all of the casino players who have started the new year off with a bang. There has been some big slots wins, with an unusually high amount of them occurring at one casino in particular. Hmmm…

First we’d like to highlight the cash that’s pouring out to players from the 888 Casino, who have paid out an astounding $2,000,000,000 in winnings over the past month. Most of these payouts have been a result of lucky men and women hitting grand prizes on slots with progressive jackpots. As of today, there are 3 jackpot slots at 888 that look like they’re ready to pop: Rise of the Pharaohs, Millionaire Genie, and Pirates Millions, which all have a linked prize of $1,913,000 as of noon EST today. There are a bunch of other games with smaller prize amounts available, but obviously we’re partial to the ones with 7 figure payouts.

Next we have a massive winner who snagged $279,000 at BitStarz playing Book of Fortune and had their year magically changed for the better. This is a game that we’ve really enjoyed playing the last few weeks but we haven’t been able to hit any super big wins yet – which makes sense now that we’ve learned that someone scooped up a quarter of a million from it! Now is a good time to sign up at Bitstarz Casino because they’re offering 180 free spins on top of their usual 100% Match Bonus. 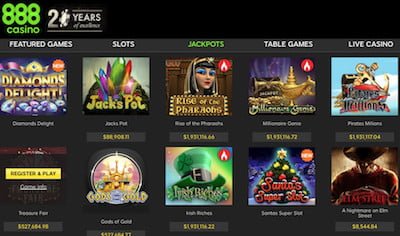 Now we get to the operator who seems to just be throwing prizes out of their virtual doors, with multiple players cashing in big time over the last few weeks. There’s something in the air over at 32Red because they’ve had a whopping five different people cash in on their slot games in rapid succession. The first big winner was on Lucky Links which gave Stephen W. £68,855, which was followed shortly after by The Phantom of the Opera Slots paying out Adam M. £54,433 onto his balance.

The biggest winner of them all was Lee S. who smashed Lost Vegas Slots for a massive £81,939 payday. Now that is something to write home about. If you want to get in on the action and play at 32Red Casino, you might want to do it soon because the jackpot on Mega Moolah Slots is currently sitting at £3,000,000. What are you waiting for? Get over there and claim their 200% Welcome Bonus and be the next big winner that we write about here on QueenOfOnlineSlots.com. Good luck!