Fun and Variety in the Slot World 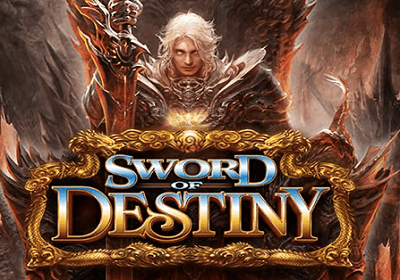 Even though April is almost over, we are still reaching back to March for new slots games because there were so many great titles released. We’re going to keep them coming until we have no more, so we hope you enjoy reading about them as much as we’re enjoying testing them out.

Mystical and fiery, Sword of Destiny Slots is a new title from SG Interactive. The main feature of this title is…yes you guessed it, the Sword of Destiny, adorned with jewels, but even better, serving as a special Wild.

In addition to having 5 reels and 50 paylines, Sword Of Destiny Slots has a ton of great bonus features. These include Random Wilds, Clumped Wilds and Expanded Wilds, as well as a Free games bonus and a Symbol Upgrade. Additionally, land the three Golden Coins and you could win the Temple Tower Jackpot, with the potential for 3 jackpots.

Aztek Gems Slots is another new title, released by Pragmatic Play. Set in the jungle, this 3×3, 5 payline slot features gems as symbols like including rubies, amethysts and diamonds. You can also increase your wins by up to 15 times, as this title also features multipliers. The visuals in Aztek Gems Slots are dynamic, and the soundtrack’s pace increases as you win; these added even more excitement to the game play.

In other news, Yggdrasil Gaming recently dropped a new title with graphics that Pixar would be proud of, Easter Island Slots. Set in the Pacific Ocean on a deserted island, this one will have you thinking of summer vacations, or at least vacations in summery places. Worth mentioning that alongside this game release Yggdrasil also launched a Missions Network Campaign with a prize pool of €60,000. Finish at the top of this leader board and you could be heading to Easter Island in real life, on your own tropical vacation.

Yggdrasil is on record for calling this slot “the perfect pep up for those with an adventurous spirit.” We think this is a very apt description. This title features sticky wilds, expanding reels, and the Symbol Swap Respin option which can trigger additional spins and if you’re lucky, your low paying symbols could be replaced by winners. Again, we can’t get over the graphics on this one, especially the cute birds and beautifully animated Moai statues.

These are just a few new titles to keep your slots play exciting. May is almost upon us, here’s hoping some great bonus offers are also on their way – and if they are, we will let you know.