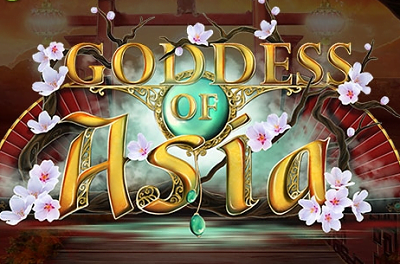 There is no shortage of Asian themed slots in the online casino world, but we are always interested in checking out the new titles as they pop up. That said, a few released in November 2017 have caught our attention.

Goddess of Asia is a new Japanese themed slot game released by ReelNRG. This title features vivid imagery, misty landscapes and intricate symbols, including the Buddha, the Goddess of Asia, fans, and gold nuggets and more. The Goddess of Asia symbol adds a 2x multiplier, while paper fan symbols add a 5x multiplier and expanding wilds. Other bonus features will not only keep you interested, but also give you various opportunities to win.

Red Tiger Gaming released another Asian inspired slot this month, Ten Elements. Although this title has more of a cartoon feel than Goddess of Asia, the graphics in this title are colorful and inspire a bit more zen and calmness.  This game offers free spins, random wilds and free spin multipliers.

Another recently released title this month is Chinese themed Fu Er Dai, created by Play ‘N GO.  This title isn’t for everyone, set in a gentlemen’a club, where the player can immerse themselves in the modern Chinese club scene, surrounded by luxury and beautiful, yet scantily glad women. This game offers only one bonus round, but if the ambiance appeals to you and you can live without scatters and complex bonus offerings.

Similarly to the recently released Dark Hearts Slots, both Goddess of Asia and Ten Elements can be played at Videoslots Casino. O if Fur Er Dai is more your thing, head on over to Bet365 to check it out today.