Intertops is Getting Busy in November 2017 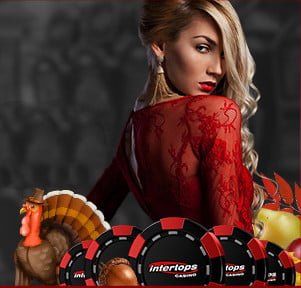 Tons of people living in the United States today are already playing at Intertops, and why the heck not? After all, they are the oldest online casino still accepting American wagers today. You read that correctly, they have been around for over 20 years and are considered to be one of the most respected pioneers in the industry. However, even though they are at the top of the list in the U.S.A. today, they still have tons of great promotions and offers for both new and existing customers.

The biggest promotion on offer for November is their $120,000 Ancient Superstars which dishes out $30,000 in weekly giveways to slots players who climb to the top of the leader board. They give out 300 individual prizes every Monday so you have tons of opportunities to win, including a random draw of $1,000 cash every Thursday.

The “Slot of the Month” for November is Cleopatra’s Gold which comes with double comp points for every spin you make on it. Also, any new players who sign up to Intertops will get 50 free spins on this game in addition to their standard welcome bonus of 100% up to $777. And you’ll want all the extra cash you can get because their new slot game for December called “Swindle All the Way” looks hilarious, with the characters appearing to be based on a certain criminal duo from the Home Alone movies. 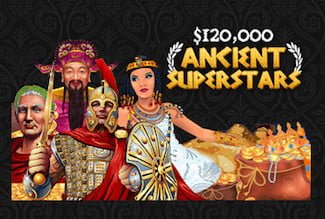 In addition to slots, there are plenty of opportunities to get paid at Intertops, as one extremely lucky player last month found out when he hit the Progressive Jackpot on Let ’em Ride…twice! The first time he triggered it he only won $286,924, however the next day he hit another one for over $600,000, bringing his total two day winnings close to $1 million. Talk about going on a hot streak.

Don’t worry, there’s still more cash to be won because at the time of writing this article there is currently a progressive jackpot of $1,805,098 on Jackpot Pinatas Slots, and an insane prize of $2,334,535 on Aztec’s Millions. No one knows how much longer these life-changing prizes will be around for, but anyone living in the United States interested in keeping an eye on them should go sign up for a free Intertops Casino account today to make sure they can take a crack at them.

$2 million would certainly buy a lot of Thanksgiving turkeys!