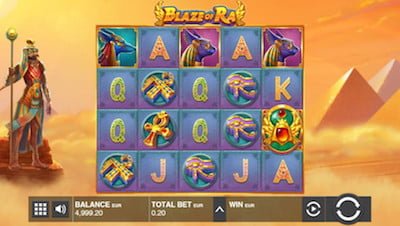 With snow blanketing most of North America and cold winds blowing through the northern hemisphere, it’s time to play some new slot games that will take us away to warmer places…if only for a little while. There have been a quite a few new releases in a short period of time so far this January, so let’s run them down the best ones we’ve come across to date.

The first title on our list should appeal to anyone who’s addicted to television shows about Alaska due to it’s classic feel, rustic look, and traditional banjo soundtrack. Many who went into the mountains in search of riches during the 1800s came back wealthy and Gold Rush Slots is paying tribute to that time in history. There are some funny symbols on the reels including a donkey, a grizzled prospector, and even a bundle of lit dynamite.

There’s a lot more to this game than appears at first glance, and there’s actually an intricate levelling up system that awards you with extra high-paying Prospector symbols as you play longer and accumulate more points. Another nice touch is that every Scatter symbol that you hit during the regular game dishes out 2 free spins regardless of how many drop in that particular spin. The only thing this title is lacking is a big bonus feature, but since the regular game is so explosive we won’t get too pick-y.

Next we’re off to Egypt to visit the pyramids in Blaze of Ra Slots from casino software provider Push Gaming. As the title suggests, this game is another instalment of the series which has the God of Bird and the Sun God handing out cash prizes to their loyal followers. The colors in this slot are absolutely beautiful and it’s worth checking it out if only to enjoy the amazing game design for a few minutes. Those who stick around for longer will be rewarded with Stacking Wilds, Nudging Wilds, tons of free spins, and a decent Return to Player Percentage of 96.4%, which puts it in the category of, “decent-paying”. 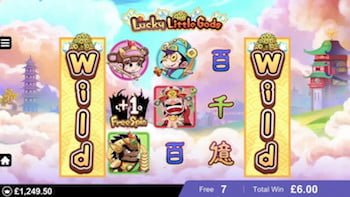 Finally, we’re heading to China to for their New Year’s celebrations with Lucky Little Gods Slots, which is possibly the cutest title to be released in years. The graphics and animations in this game will have you giggling with delight and suffering from “cute-overload”. There’s a dancing Money Tree that shakes coins from its branches, a sleeping Money Pot that spews out coins as he dreams, and exploding Firecracker Scatter symbols that seem to really enjoy blowing themselves up to give you big cash payouts. All of this craziness is enhanced by a traditional Chinese soundtrack that was updated with a synthesizer and booming bass beat. So strap yourself in for this one because it’s non-stop action, as the promotional video below will show you.

If you want to try out any of these great new releases online, all three are offered at the 32Red Casino for Canadian players, while those in the U.K. and Europe can check them out at the Videoslots Casino, which currently has a great 100% Welcome Bonus for all new sign ups. Yippie!