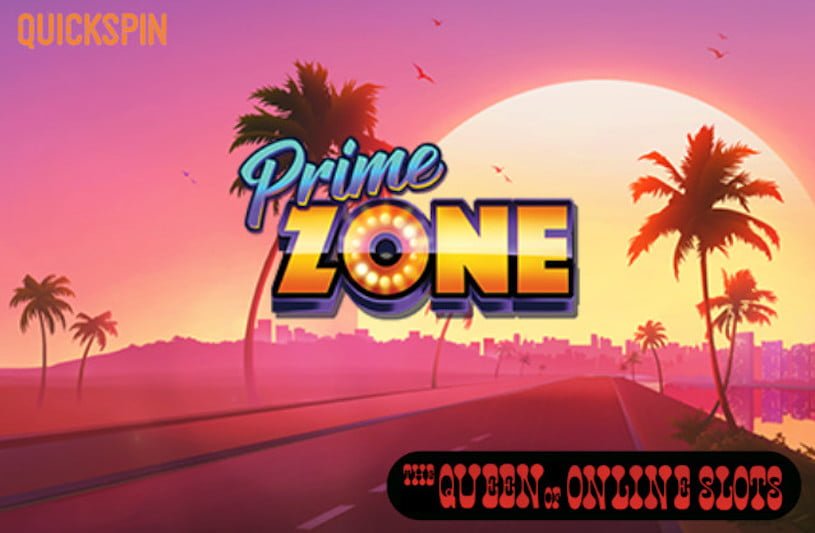 These days anything retro is back in fashion, especially when it comes to remaking movies, music, and television shows – it seems like the entire world has simply run out of creativity. However, those of us who remember and appreciate the “good ol’ days” occasionally come across something that’s the perfect mixture of “nostalgia” with “innovation”.

Case in point is the new Prime Zone Slots from Quickspin, which blasted into all of the top online casinos last week to bring back some classic images of one-armed bandits. It has traditional symbols of hearts, clubs, diamonds, and beautiful red 7s, all intertwined into a 1980s neon dream of Miami Beach at sunset that will have younger players reminiscing about all of the time they wasted on Grand Theft Auto as teenagers. It’s a very strange mix of concepts but it certainly comes together to offer something unique.

In terms of features, this machine boasts Multiplier Wilds that can arrive at random to boost your wins up to a maximum of 5x and if 2 of them hit the same payline they’ll dish out even more coins. Some may find the fact that it’s a 10 payline online slot slightly off-putting since the board is a little bare, however, there will surely be minimalists out there who will delight in the simplicity since new 10 line games are quite hard to find these days.

In addition, Prime Zone features an interesting “Free Spins Bonus Picker” that allows you to select the volatility when starting a freeroll, or you can hit the random button and let the software decide for you. The name of the game also relates to the “zone” on the reels that can be triggered to cover multiple sections and deliver Wilds with “All Win-Multipliers” that will boost your balance big time.

When it comes to the soundtrack you’d better be ready for a high-energy synth-heavy banger that doesn’t stop at any point in the action. Those keen of ear will immediately recognize the incomparable Andreas Hedlund’s signature beats and expert touches on all of the jams. For the few out there who have never heard of him, he’s the sound designer at Quickspin who’s well-known in the industry for both his bold choices with game scores as well as his trademark scruffy beard and tuft of unkept chest hair that’s straight out of the edgy New York City discotheques of the 1970s. No wonder this retro release feels so “genuine”. 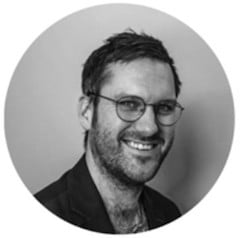 Hedlund’s musical genius has long been praised in the gambling community, so much so that an online publication recently sat down with him at a luxurious Maltese hotel to try to extract some of his secret techniques. Draped in a bathrobe and sipping on a fruity cocktail, Hedlund stared out over the pool and began to open up about his craft, My work process usually begins with the music, to set the mood of the game first. Once that’s been semi-established, the sound effects tend to fall into place – I typically record snippets of the various game events, like wins and bonus symbols for example, into screen dumped video files.

After lighting a cigarette and silencing some of the giggling entourage behind him he finished with, It will often take a couple of attempts inside the game before I’ve found the perfect sound for each event. Things that work inside the music software don’t always work inside the game straight away. He then reportedly downed his drink and aggressively jumped in the pool, providing a very abrupt end to the interview while also startling a group of elderly Bavarian tourists at the same time.

So if you would like to see what happens when professional programming meets unbridled creativity, go sign up at Casino Cruise today and get in the zone.

Anyone wanting to see the excellent promotional propaganda from Quickspin beforehand can play the video below. Don’t adjust your device – the video has been intentionally aged to give it a genuine 1980s feel. Radical.