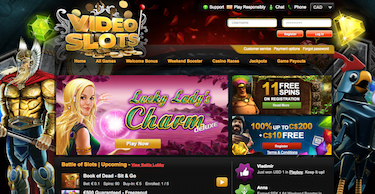 The upstart online casino VideoSlots.com has been working hard in recent months to improve their products and challenge rival operators for a share of the internet gaming pie. Their management team has been busy forming new strategic partnerships as well as making acquisitions to get ready for a major market push in 2018.

An important partnership that VideoSlots.com has been able to ink is with Leander Games, who are the software company behind some great titles, including two fantastic music-themed slot games that shocked people around the world. The first one was the hard-rocking Megadeth Slots that surprised many fans, especially those of Metallica who thought that they would be the first speed metal band to be honored with a game. The other is one of the best titles we’ve ever played – the amazing Dolly Parton Slots, which is always a blast to spin on. Head of games at videoslots.com, Daniel Hansen, seemed extremely pleased with the partnership, “We’re very ambitious about what we can offer our players to take the industry forward, and it’s great to work with a company that shares our outlook.” 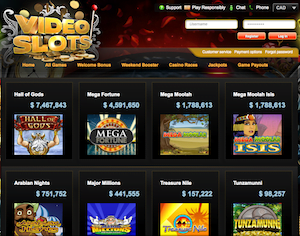 The next business deal by VideoSlots was a little more daring than adding a new games provider and it had many in the industry scratching their heads at the news. This is because CEO Alexander Stevendahl decided to buy PKR’s 3D poker software so they could begin to offer online poker to their customers. There’s certainly nothing wrong with offering something new, however, poker’s popularity has significantly declined over the years, and PKR itself went bankrupt only a short time ago.

Stevendahl defended his decision, “(PKR) needed to make money on poker. We have not decided to go into poker to make money. We will use it as an acquisition tool like Battle of Slots, which we don’t make any money on.” Obviously, only time will tell if this was a smart business move for the group.

If you live in Canada, England, Mexico, or Brazil, videoslots.com has over 2,300 games that you can enjoy, with a very big selection of jackpot slots. They have tons of branded games from NetEnt, Microgaming, and more, with tons of new releases being added every month. Anyone interested should cash in on the videoslots.com welcome bonus today since they’re offering a juicy 100% match up to $200 for all new depositing players. This is in addition to their regular Weekend Booster promotion that gives players free spins on Fridays depending on how much they’ve played during the week.