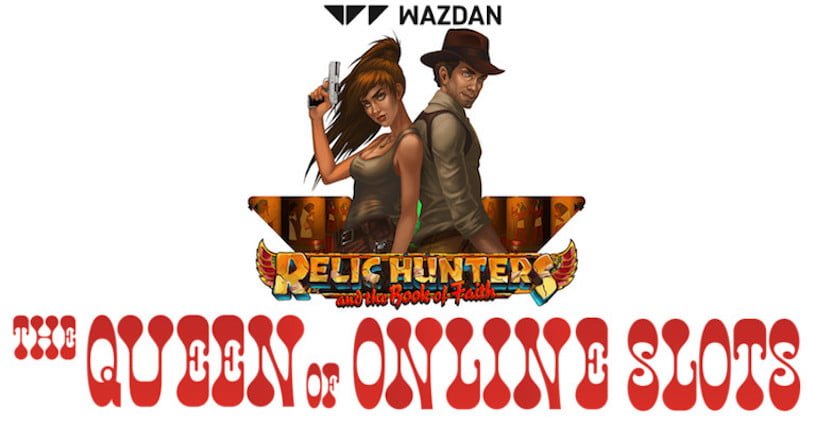 Earlier in the week we reported that Wazdan released the new Lucky Fish Slots with some great features and now the verdict is in on their latest creation and players seem to be very happy with what they’re seeing. That’s because Relic Hunters and the Book of Faith Slots is an action-packed, nonstop adventure that will have you searching for treasure in some of the spookiest pyramids in Egypt.

This one is not for the faint of heart since the evil mummies seem to be a little more blood-thirsty than your average entombed beast. Thankfully, you have the grizzled and sexy Will and Sara at your side who help your journey by being Wilds, and they even occasionally substitute for lower-paying symbols as well. 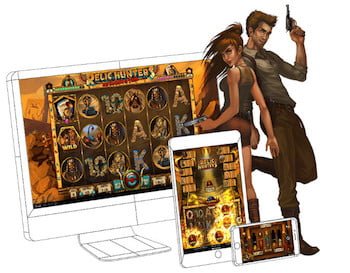 This creation is fairly unique thanks to the fact that it’s a 6 reel, 20 payline online slot machine that has tons of awesome features to enjoy throughout the game. In addition to free spins and Expanding Bonus symbols it also has “Walking Wilds” which will shuffle from reel to reel after each result to pump up your bank balance and pay you out more coins. Of course the creation also comes with “customizable volatility” like many other Wazdan releases that allows you to set the payout style to whatever you like.

On top of all this there’s even two special accumulators that can trigger even more bonus areas, ensuring that players will constantly be on the edge of their seats. There’s even a crazy twist that allows the mummies to steal back their treasure from you if you don’t properly protect it from their clutches with torch symbols. It’s a totally nutty production.

Relic Hunters and the Book of Faith is a game we are incredibly excited to see go live, said Andrzej Hyla, Head of Sales at Wazdan, as he adjusted the grubby mummy bandages that were slipping down his head and covering his eyes. After composing himself he stoically continued through the wardrobe malfunction to complete his prepared statement, We are humbled with our success to date and look forward to delivering more feature and tech-rich games to our operators and players for a long time to come. He then reportedly withdrew back into the prop sarcophagus from which he had originally emerged to begin the press conference, denying industry reporters the opportunity to ask any follow up questions.

So if you’d like to go on a wild treasure hunt of your own with the new stars of Egyptian archeology, head on over and sign up at the 32Red Casino today and get ready for the battle of your life. Anyone brave enough to take a peek at the mummies beforehand can play the video below to see some teasers.