Most would have thought that confirming an upcoming launch of a slot game based on MTVs most iconic duo would have been enough news for a while, however, Blueprint Gaming has taken things up a notch with their latest announcement that has the entire industry buzzing. This company has really been ramping up their efforts lately in an attempt to join behemoths like Playtech and Microgaming at the top of the mountain of software providers and it appears as if they’re now well on their way to reaching the summit.

Every player likes it when they have lots of ways to win and this new creation quenches that thirst in a truly inconceivable manner. That’s because this incredible machine boasts 117,649 ways to win thanks to the Megaways technology that’s been incorporated into the software. It’s called Mystery Spin Deluxe Megaways and has a unique matching feature that has the number of symbols that land on reel #1 control the total on the next five reels, obviously leading to the possibility of some massive wins.

If that wasn’t enough, this new creation has an “in sync” feature that can be triggered randomly at any time to turn 2 or more reels into all of the same symbol, again pumping up the potential for prodigious payouts. Everyone’s seen numerous titles that have 243  win lines or even ones that go up to 1,024, but 117,649 is absolutely mind-blowing. When you add this to the fact that all of the imagery is based on traditional fruit symbols, this is something that everyone is going to want to check out. 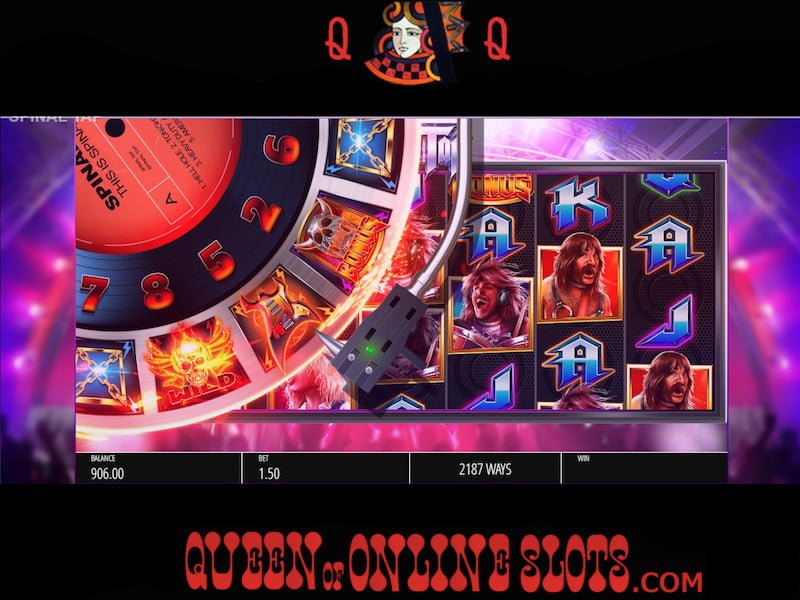 This is yet another milestone for Blueprint who have wowed players with their cartoon-themed releases like Top Cat and the amazing Inspector Gadget Slots which had everyone flashing back to the glorious 1980s. However, there is one recent title from them that’s basically set the bar for all future gambling games and has every other software developer in the industry green with jealously. Of course we’re referring to the revolutionary Spinal Tap Slots that was launched last year and had high rolling players doing backflips due its huge maximum bet capability and non-stop features, which ultimately led to a very rare 5/5 rating here on QueenOfOnlineSlots.com.

Now it looks like they’ve done it again with Mystery Spin Deluxe and we’re hearing from players that they couldn’t be happier. Not even Jo Purvis, Director of Marketing at Blueprint, could contain her excitement regarding their latest achievement, With an astounding 117,649 ways to win, combined with synched reels and the matching Megaways feature, players will be aiming to achieve wild wins on any given spin. Indeed they will, Jo.

Many will be clamouring to take this insane creation out for a spin and if you fall into this category, head on over and open an account at the Mr Green Casino today and get ready for some fun, fruity action.